The Curse of the "K"

Does your last name start with the letter K? If so, prepare to be offended, because we all know that you are such a weirdo. It just comes with the K territory, which of course isn’t news to you—you’ve been living in that province your whole life, awkwardly hunkered within those angular and unforgiving boundaries. No, you have not enjoyed the liberty of free mobility into the abutting J and L pastures where Sarah Jones and Chris Lambert grazed in sunny normalcy. Even if you married into another family, changed your name to outwit the shame, or emigrated to a country that pronounces K with sophistication, the curse of the K eternally flows through your veins. You can run from it, but it has cheetah legs.

For the rest of us, think for a second about the strangest people you’ve ever known. What were their last names? I believe you will find the letter K to be disproportionately represented. For example, do you remember Jeremy Klipper? He wore jogging suits to school through 7th grade. The ones with elastic around the ankles. But the horror didn’t end at the cuffs; it continued into and through his footwear: velcro sneakers! What about Katie Kornkle? Uh-oh, double Ks. She was missing three toes. And to my knowledge, she couldn’t even hang upside down from a branch like a sloth, so it was a total loss for KK.

And who could forget: 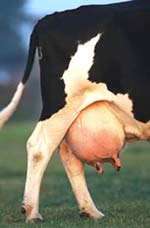 Surely you have had
your own brushes with these
special Ks.

While not dangerous, holy crap they’re weiiiiiirrrrrrrdddddddddddddd—usually in an endearing way, but also in a way that makes you sad for them and relieved for you. For example, I’ve never seen a K get suspended for knife-fighting at recess, but one poignant K got perfect attendance for five years straight, attending even when he was super contagious with leprosy, lice, and pink eye. I wouldn’t call them “quirky” or “dorky” or “freaks,” but there is a shared ribbon of oddity that binds them all together like a secret brotherhood, but not a secret brotherhood like the KKK where they believe themselves superior to others on the basis of non-essential human attributes. On the contrary, Ks often suffer from deep insecurity … or should I say “insekurity”?

Let’s look at some famous Ks to see if they have overcome the curse or merely displayed it to the world. Franz Kafka. Weird. Kato Kaelin. Weird. Jack Kevorkian. Weird. Frida Kahlo. Weird. Andy Kaufman. Weird. Danny Kaye. Weird. Anthony Kiedis. Weird. Evel Knievel. Weird. Don Knotts. Weird. Well, that proves it. (Excepting the Kennedys and Kardashians, who were rich and powerful enough to have the curse blackballed and/or surgically removed.) 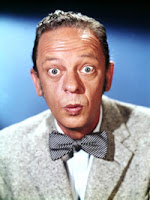 You may be wondering, “Well, I’ve read your story and been deeply moved, but what can I do to help?” All any of us can do for our brethren is put our hope in the one person equipped to transform strangeness into art—Lady Gaga. Maybe she can show the Ks the way forward. Should she fail, perhaps we may fall back on scientists to discover a cure. In the meantime, let us patiently bear with the Ks, providing them a place of shelter and dignity in our democratic society.