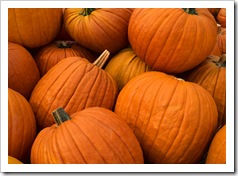 “Are you going to the Pumpkin Festival?”
“Yeah! My mom’s in it this year. She’s selling those rice-crispie-treat-pumpkin-heads-on-sticks. I ate halfavum already!”
If you were lucky enough to live in Hickswitch in October, you’d get to skip school (or work) on the day of the Pumpkin Festival. The township shut down their main street and painted big pumpkins on the road. Local craftspeople set up booths selling Indian corn, grapevine wreaths, scarecrows, hand-painted welcome signs, cinnamon-spiced candles, black cat magnets, kielbasa smothered in sauerkraut, and every dessert that should or should not contain the beloved autumn gourd. Some crafters would give demonstrations of how you could make what they made. If it took longer than 2 minutes to show you, people would walk away. The least visited booths were the ones with someone dressed up like a historical figure trying to teach you something.
There were some stalls where kids could get their faces painted or fill glass vases with colored sand, but the best part by far was the petting zoo. Okay they had little chicks all yellow and fluffy and squeaky that huddled together by the trunk of the tree and they had an old dirty pig that they called “Sally Bags” who was almost as big as the deformed pumpkin that won first place in the Biggest Pumpkin contest and they had a brown pony that I never got to ride because the line was too long and they had an aggressive rooster that we were afraid to make eye contact with and they had some kittens that were cute but not that special and they had ohmygosh I don’t even know everything they had! The animals that you could catch, like a baby goat or a one-footed chicken, were the most harassed. They were nearly bald from all the little grabby hands. The other 364 days of the year were probably spent convalescing. 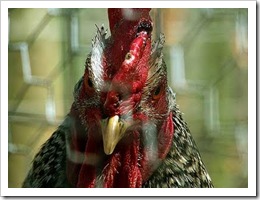 The worst part of the Pumpkin Festival was the haunted house, even though other kids thought it was the best part. An old barn a little off the street would get converted into dark and hollow spookiness. I suppose it was tame compared to the haunted house in Pittsburgh where Freddy Krueger threw you out the window onto a big air mattress. But I hate being scared at all, especially by Bugs Bunny holding a chainsaw. When he popped out behind a dark corner, I punched him in the face and cracked his mask. Then I got escorted out for “interacting with” the workers.

The Apple Festival
I love the Apple Festival! We’d ride out into the country along windy, windy, wooded roads, following the banners bearing red apples hung from the telephone poles. Then we’d see the old men standing at the gravelly entrance to the grounds, wearing orange vests holding glowing cones waving us where to park. The outdoor portion of the festival took place in a big field with exhibitors around the whole perimeter. The two most interesting things were these: 1. The gigantic apple cider press that looked like a wagon from Little House on the Prairie but with levers and buckets and apples everywhere. And, 2.: The guy dressed up in a leather vest and raccoon cap who threw his axe around making bear sculptures out of tree trunks. Off to the side of the field stood covered pavilions where you bought homemade jams, nut rolls, and pierogies. 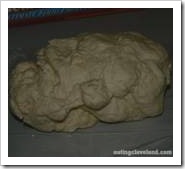 
Across the dirt road sat a big red barn where all the crafters displayed their crap, I mean, their tenderly wrought creations. It was noisy and hot and chaotic in the barn, and because I didn’t pretend enchantment, we usually only “walked through.”

On the way home we’d roll the windows down and let the afternoon sun and breeze hit our contented faces. The 40 pounds of assorted apples filled the car with everything right about fall, and so long as we didn’t hit any animals crossing the forested route home, it was the very best part of a very good day.
The Covered Bridge Festival
More crafts. More women buying crafts. More kids breaking loose from their mom’s grip to run around and play instead of looking at another “adorable little birdhouse.” More people dressed up like colonial folks and pioneers demonstrating how to dip a wick in wax to make a candle or turn dirty wool into pleasing yarn.
The major thing that set this festival apart from the others was all the covered bridges they had. The other festivals generally had no covered bridges, but on occasion they might have one covered bridge. It's impossible to keep count of them all because after #7 one becomes distracted by their manifest glory. A covered bridge, it appears, is the kind of thing that a person just can’t get enough of. But at least one weekend per year, mankind’s appetite is somewhat sated.
The best part of the covered bridge festival was getting to wade in the creeks underneath the covered bridges. Bent over the water with cups, we’d hunt for crawfish and minnows, screaming in delight to spot them, then screaming in pain when they pinched us. (Sometimes we’d scream just because we touched them!) One part of the stream was really deep, and that’s where you’d swim, if your parent let you. Some parents were scared of you getting impetigo, so they said no. 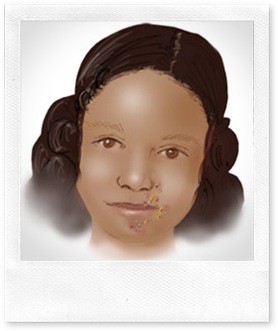 Well one time my brother and his friend Jimmy were jumping off a boulder on the bank into the water hole. Disregarding the clearly posted “No Diving!” sign, Jimmy dove and busted his forehead on an underwater rock. It was really bloody. Everyone was terrified, except Jimmy, because he was blacked out. Someone took him to the hospital and got him patched up. He probably got a puffy purple scar, but I never saw him again, so I don’t know that for sure. One good thing that came out of the accident was that parents had a true story to gravely warn us with when we begged to swim in the water hole.