After the Brownie Conspiracy I went to public school for 6th grade, to which several former classmates sarcastically replied, “Darn!” Over the course of the year, I missed more than two weeks of school from faked sickness and downright refusal to go. If I hadn’t maintained good grades, the administration would have held me back for so many absences. 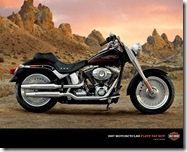 (Our female Principal was sighted joy-riding one of these! Can you believe it?)
M-F mornings I’d hear the alarm beeping like a heart monitor and begin inventing a believable illness that had come upon me in the night. Then I’d psychosomatically induce the symptoms and test my voice for the appropriate whine levels. In order for me to stay home, my dad demanded proof of illness in vomit, which I could never bring myself to, so I made sure to target my stomach clutching and moans at my emotionally attuned mom. In fact, the trump card conditions (which were reserved for extremity) involved social, mental, or emotional out-of-sorts-ness expressed in childhood language like, “Mom, everything’s just going so fast and spinning and I can’t catch my breath and I’m scared.” It was never Vertigo, because I was sobbing from under the covers, not from the rooftop. She told me it was something called “anxiety,” and I’d nod vigorously that that must be it.

If I saw her teetering, I’d add imagery from the Inferno: “I will just die right here if I have to go! I’d rather be thrown into a fiery pit! You can ground me for eternity—I’m not going!” She didn’t have the strength to fight me, and so gave in and rented a bunch of Fred Astaire musicals from the library for me to watch while she went to work. 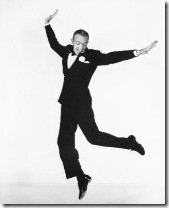 Nothing awful happened (like the Brownie incident or Jessie's sleepover) to make me hate 6th grade so much. On the whole, kids were nicer, despite being heathens. And I had a clean entrance: no nicknames to precede me, no paper trail of report card comments. But the unfamiliar faces, the inferior toilet paper, and the bags of milk—all of it spelled o-v-e-r-w-h-e-l-m. I just couldn’t navigate the strangeness. I had no clue how to “make friends” with people sitting next to me in class, at lunch, on the bus. I was real quiet, waiting to see who was going to talk to me.

By the end of the year, I somehow ended up with a couple friends—girls who shared my love of long novels with talking animals and wearing pantyhose on our heads to look like bank robbers. They were good friends, who never gossiped about me and never intentionally hurt me.

But during the summer I reconnected with my best friend from Christian school. We swam almost every day and had sleepovers almost every night. This confused me as to whether my 6th grade public school experience, despite ending rosily, had been all that great. Returning to private school with my Best Friend appeared to me the best course, hoping to ride the golden summer into the fall. My new friends were sad and confused about my leaving public school, but we promised to stay friends. A bracelet may have been exchanged.

So back to private school for 7th grade—the worst school year in the history of time. (In fact, this year is such a black hole in the lives of American adolescents, that it might be compassionate to skip it altogether, advancing directly from 6th to 8th grade.) The week before going “Back-to-School,” I remember imagining how surprised my former Christian school classmates would be by how nice and fun and mature I had magically become. They would instantly give me a new nickname—something in the direction of “Awesome.” The second day of school, kids told me to stop trying so hard.

I suffered from the “grass is always greener” delusion, hoping that a change of environment would produce a change in experience. But, as I eventually learned, it is not the grass that must change, but the sheep. Whether a private or public pasture, at eleven I had no idea how to change myself, really no idea of what the heck was even wrong with me. Had I known, had a doctor (head doctor, body doctor, soul doctor, hell-o, even a spin doctor) diagnosed me, I would have submitted to almost any treatment—amputation, pills, or even enriching my diet with potassium. So as I was, my classmates were not struck by my niceness, funness, or maturity, probably because those were traits I only aspired to, not ones I possessed in new measure. 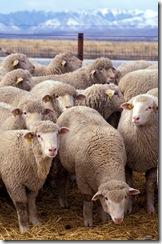 7th grade totally sucked.
I ate in the bathroom a lot.
The class heartthrob called my teeth yellow.
My scalpel broke off in the tough skin of a mini shark I dissected.
The heavily hairsprayed teacher mocked me for asking if it was genetically possible to have brown hair and blue eyes.
I sassed the Algebra teacher and got sent to the Principal’s office, where I was censured for picking up an attitude problem in the worldly halls of public school.
I failed to make the cheerleading squad that, in a flash of confused identity, I tried out for—beaten out by a blind girl.
I prayed for boobs.

So it was back to the blossoming meadows of public school for 8th grade. This was the year that my acquaintance called me a bee-otch, another acquaintance shoved my face in spaghetti, my crush dated my Best Friend, I got a ‘C’ in biology, someone asked me out just to win a bet, my former best friend became best friends with my current best friend, I was ejected from a basketball game for disrespecting the ref’s call, I broke several pen tips in my calligraphy elective, I got in trouble for cutting our research period because I was afraid of the librarian’s cleft palette, and I accidentally sewed through my finger making a pillow in Home Ec. I prayed for boobs again.

I didn’t know where to go with my negative emotions, so I tried to avoid having them. I only did things that were guaranteed to produce positive results and so never developed the ability to overcome stressful social situations, which increased my fear of them and prevented me from enjoying group life even through my college years. No weekenders in Mammoth, no camping trips in Joshua Tree, no barbeques in Barstow. I was a tangle of insecurities, preferring loneliness to potential rejection. I even wore a Harley-Davidson T-shirt that said, "The Eagle Soars Alone" to make people, including myself, think that I was "independent."

Not until I confronted my "social anxiety"—as I self-diagnosed myself with after leafing through a pamphlet in the waiting room of USC's Psychology Department—did anything shift. Of course there were many "strategies" and "processes" and "exercises" that I went through to learn some of the "social skills" that I never picked up when I was little. (My favorite exercise was getting to dropkick a stuffed bear, who represented all the snake farts who ever hurt me.)

The courage to confront things came mainly from the context of new, more mature relationships that were forming post-college. We were all, as our parents had hoped, much more generous and sincere than in Middle School, and so had additional resources to draw upon to form better friendships. And now several years into these friendships, I'm shocked and delighted to discover that doctor Myers and doctor Briggs have reassigned me quadrants from I to E. I'm also relieved to be spared faking the flu and viewing Astaire's Top Hat again. And while no longer important to my self-esteem, I am grateful that God gave a late (but better than never) nod to those boobs I was in earnest about. A girl can only take so much. 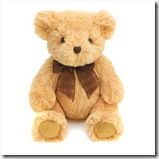