There’s a lot of corn in Western Pennsylvania, or at least there used to be before the Super K’s landed and popped it all. In fact, the only thing there was more of than corn was old people. Those two facts led to a regional form of adolescent terrorism. We didn't invent corning—it was more passed on by older siblings. I guess you could say we just grew up around corning, or that it grew up around us!

In those days we’d fill brown lunch bags with corn kernels and wait til dusk. Dressed in dark clothes and noiseless shoes we'd fly through the neighborhood. With wild eyes we’d throw fistfuls of corn at windows and metal screen doors—Ping! ping! ping!—running erratically, laughing hysterically. On average it would take the elderly victim 30 seconds to heave himself from the chair and shuffle to the window, where he’d peak out with frying pan clutched in one hand. The terror would quickly turn to rage when they spied the scattering kernels. By gaw, they could shake a fist! 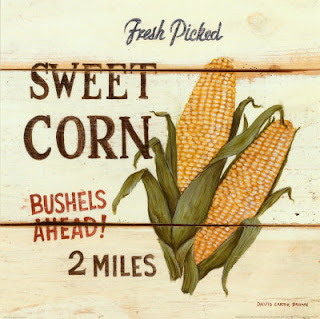 One of the funniest cornings happened when I was sleeping over at Annie’s on a holiday weekend. Our parents were downstairs talking about “their lives” and playing cards over bowls of pretzels and veggie dip while we were in her second-story bedroom with the window open, plotting. The neighbor’s house was about 20 feet away, and its aluminum siding was taunting us with its acoustics.

So we crept downstairs to the kitchen to steal some corn. When we opened the barrel we saw only the bottom—we had depleted the supply from our previous expeditions. Gosh. Were there any beans that could substitute? None. Fruit pits? Nope. Necessity called forth our creative genius, and we looked at each other knowingly. We seized the bowl of cookie dough from the fridge and dashed upstairs.

The only thing funnier than corn pelting the aluminum siding of an elderly neighbor’s house is the splatting of cookie dough and its slow, goopy descent to the ground. Teaspoons were our catapults, but after my first flick I was laughing so hard that I dropped the spoon, which fell onto the metal awning of the living room’s window below.

“Annie?!” her mom screamed seconds later from the foot of the stairs.
“Annie, come here! What’s going on?!” And that was the end of that.

***
The scariest corning happened when a large group of us were roaming around looking for targets. We stopped to strategize by a sporty black car that was parked along the curb, and it instantly consumed our attention.

The car looked like it was from another world, or at least another township, like Chapel Greens. It had shiny everything, tinted windows, and a mysterious blinking red light on the dashboard. No sooner did I cup my hands on the driver’s window to get a better look at the insides of this alien auto than the alarm went off in a spewing of shrieks and trills. Seconds later a fit and frenzied young male burst out of a nearby house. As if the frenetic alarm wasn’t scary enough, the bull-man charging us sent us into a confused flight as we split apart running for cover, running for the woods, running for open wells. 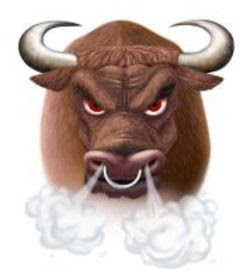 But he caught a knot of us by the backs of our t-shirts, spun us around, and demanded to know what we were doing. We stammered that it was an accident. His nostrils were still steaming, but he could see our terror and realized that we weren’t hoodlums—the only thing we were carrying was a bag of corn and some Skittles (in case we ran out of corn).

“I have a really expensive stereo system,” he explained to our dilated pupils as he released his grip.

It rather spoiled our desire to corn that evening, so we went back to one of our houses and rode Big Wheels down the middle of the steepest street. They weren’t outfitted with shiny anything, unless you count the dried snot of some pre-schoolers who rode them earlier that day.